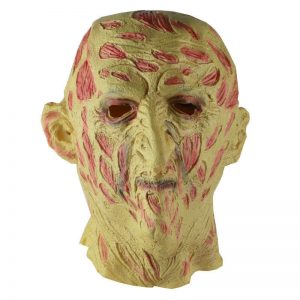 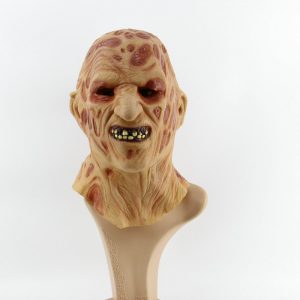 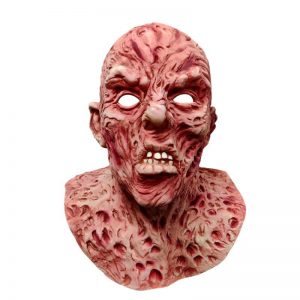 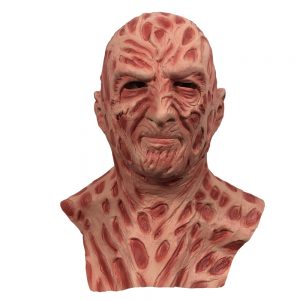 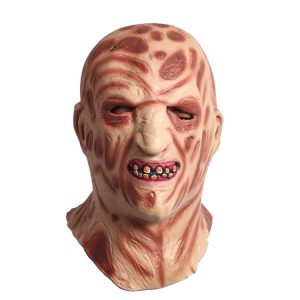 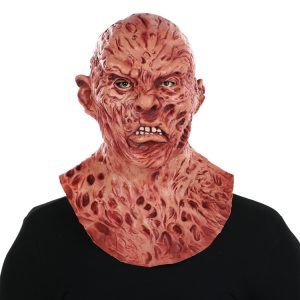 Legend has it that Freddy's character is the result of a nightmare by his creator, Wes CRAVEN. In order to give this sinister character all his emblematic and horrific dimension, it was necessary above all, to give him a face, a deluxe Freddy Krueger mask and a human nature through a life story where each one of us could identify himself or someone else, an acquaintance, a neighbour...

Before he became the ugly bogeyman with a burnt face who kills his victims in their own nightmares, Freddy KRUEGER was a man like you and me, but with, it is true, one of the most sordid life stories that I am going to tell you. Freddy's character imposed himself thanks to a real Freddy Krueger mask and a striking visual (damaged hat, red and green striped sweater, glove with knife blades in his right hand, burnt face), a few lines that hit the nail on the head and of course the interpretation of actor Robert ENGLUND, who has long subscribed to this role. This is why we decided to gather all the most famous best Freddy Krueger mask in our online shop.

Another find very well exploited by the director is the blurring of the boundaries between dream and reality when Freddy enters the scene. The switch from one universe to the other is usually accompanied by a well-composed sinister and anguishing melody: "One, Two, Freddy's Coming For You, Three, Four Better Lock Your Door, Five, Six Grab A Crucifix, Nine, Ten Never Sleep Again". That's why we have gathered in this unique collection, a wide range of Freddy Krueger Halloween mask that are related to this legendary Hollywood saga below :

Freddy has the power to interfere with dreams, to take control of them, to become the master of them. In the dream, Freddy appears all-powerful, nothing seems to be able to reach him. One of his lines to Nancy, the heroine, is revealing when he replies: "It's me God, look," he says, cutting off his fingers. The victim cannot forget the face of the freddy krueger silicone latex mask and is as if trapped in her own dream that has become a nightmare. She becomes a kind of puppet that Freddy will play with for a while, terrorizing her before dealing the final blow.

If Freddy seems invincible and immortal in the dream, he is no longer invincible and immortal when we manage to pull him out of the dream and plunge him into reality. In the real world, Freddy is made vulnerable, and it is possible to inflict injury or even eliminate him... but never permanently. As you must know, like the Phoenix rising from its ashes, this new Freddy Krueger mask always comes back to life in some way. This power of resurrection will allow the saga to continue. We therefore had the idea to pay tribute to these famous films by offering you on our online shop the best Freddy Krueger mask for sale in our online store that are the most faithful and identical to this cult horror movie character. If you have any questions, please do not hesitate to contact our customer service.

By Character
By Movie
By Color